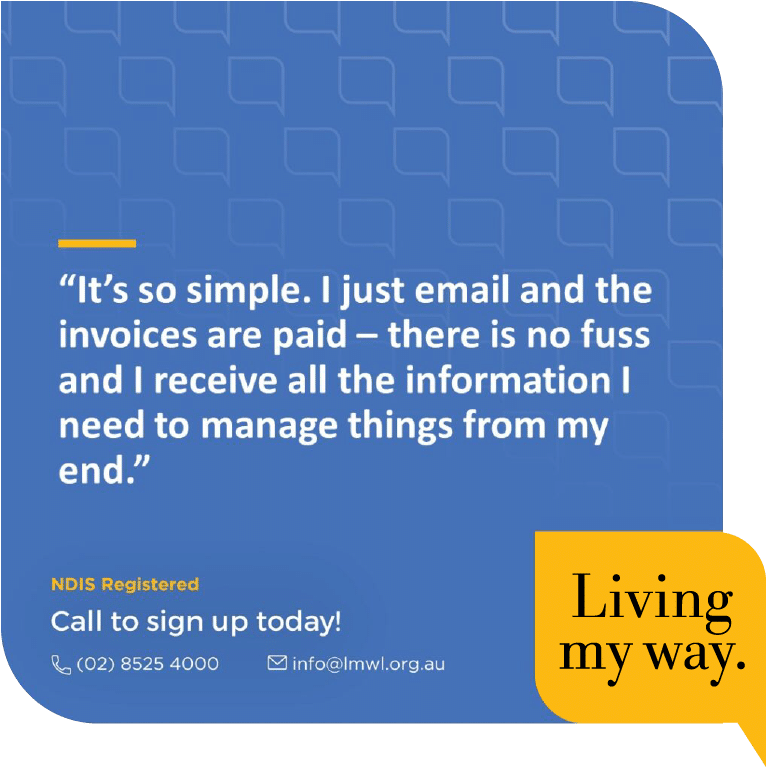 Ben is like any other 21 year old. He loves playing Crash Bandicoot on his Xbox, playing with his dogs, and going to laser tag with his mates.

What most do not realise is how much happens behind the scenes to allow Ben to live out his life.

“Ben has autism, which has impacted him in multiple ways his whole life. But this just makes every milestone achieved, challenge overcome, and experience enjoyed worth celebrating and never taken for granted,” said his mother Jo.

Hailing from the Sutherland Shire, Ben also has an intellectual disability and requires support to live the life of a 21-year-old.

“That is everything – getting from A to B, doing hobbies, exercising and becoming independent. He needs help with planning and managing his life, including building his self-confidence to make choices for himself,” Jo said.

Ben and Jo have entrusted Living My Way with Ben’s Plan Management since 2017, and since then, he has acquired a range of skills that have contributed towards greater independence.

“We’re proud of how far Ben has come since his first NDIS plan. He’s able to catch public transport on his own to places he has initially been supported to travel to, he can order his own meals when out in the community and pay himself, he has a range of options to choose from for outings and is able to make or heat up basic food for lunches.”

“Importantly Ben is building the skills to make friends and build relationships with his peers.”

While it is the work Ben has done it is his providers that have helped him achieve this quality of life, Jo said the relationship the family has with Living My Way has been instrumental to Ben’s success.

“Gail and the Plan Management team have always been very helpful when I’ve had questions about Ben’s funding and how it can be used and they’ve provided ample warning when funds were about to run out,” Jo said.

“It’s so simple. I just email and the invoices are paid – there is no fuss and I receive all the information I need to manage things from my end.”

Jo also believes having Living My Way there to help navigate the NDIS has helped her gain crucial knowledge to further assist Ben with his needs.

“Living My Way has simplified the NDIS for me. Whatever I do not understand can be explained quickly by Gail and her team, and I’ve relied on Living My Way rather than the NDIS to explain things to be that needed clarifying.”